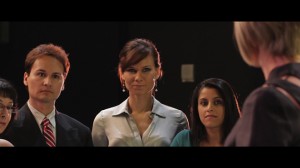 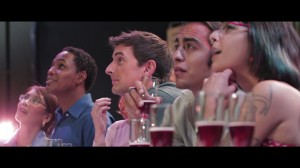 1988 – Monitor Gray tells the story of Chao [Ethan in the short script] and Karaen as they struggle to remember who they were, before their memories were taken from them. Their passion and love runs deeper than those who control them through mind-altering drugs.

1992 – In Jon’s Song we learn of the history of this City-State and how Chao and Karaen were drawn into a dangerous religious cult, then abducted while their son Jon escapes to the mountains with their neighbor Charlie and his wife.

1992 – In Sands we fast-forward fifteen years. Jon is a young man who grew up in the rebel camps lead by Charlie. They work to break down the City’s defenses, to rescue those who remain trapped within. Jon is bent on doing something, anything to fight back. Reckless and quick to temper, he knows his mission must be completed if the others are to be successful. Jon takes a sand rail to the very edge of the Monitor Gray domain and launches a rocket attack against the Towers [a giant pyramid in the film script] that define the City’s imminent control.