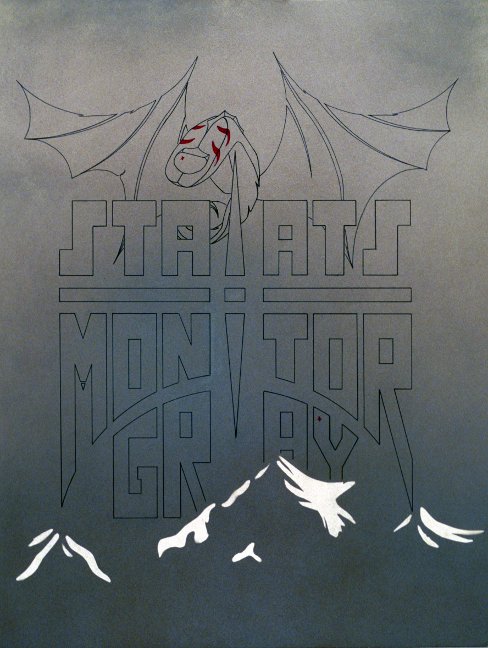 This is a poster / book cover concept I painted while working on Jon’s Song and Sands in 1992 for an ASU creative writing class.

The focus of this design was Karaen’s reoccurring dream of a dragon. The dragon represented something inside of her more fierce, more free than she was in her waking life. Through her dreams, she was fighting the confinement of the mind altering drugs that every citizen of the Gray consumed.

The fact that she was able to dream at all was in and of itself a form of resistance (befuddling the Controllers who had placed her on the highest dose possible, to no avail), her body and mind never fully letting go of that sense that there was something more, something she had forgotten about herself from a life outside of the Gray world she could no longer recall.