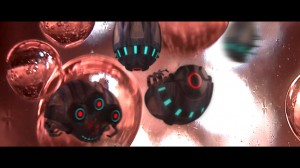 In the shadow of a shattered U.S. economy where States are seceding from the Union, one man gains prominence, wealth, and power by defeating disease through what he claims to be the hand of God. Monitor Gray tells of the rise to power of a City-State which promises heaven on Earth for those who are willing to succumb.

Based upon three short stories by Kai Staats, Monitor Gray is a science fiction short film Produced by Kai Staats with screenplay by Director Joel Kaye.

In the not too distant future, the United States fails to regain its position as the global economic and military power. The Federal government loses authority, resulting in some States seceding from the union. Citizens turn away from central authority and instead seek strong, local political and religious leaders for direction.

In the American Southwest, a genius bio-tech researcher defeats nearly all forms of cancer, saving millions of lives the world-over. His team then moves to use the same nano technology to relieve humanity of anxiety, depression, and fear.

Almost overnight, Dr. Jeffrey Sorin gains wealth, power, and a cult following. He constructs the world’s largest self-contained city and offers his employees and their families jobs, safety, comfort, and a lavish lifestyle not enjoyed since the Roman era. Sorin rules not just a company, but a growing empire.

How far will he go to maintain control?

When superstar nano scientist Ethan Parker is recruited by Sorin Biotech, he is confronted with the reality of how Sorin’s technology may be used, and must choose to support their research, or risk everything to do what is right.

Monitor Gray is an intelligent Sci-Fi expertly crafted to not only entertain, but to address key issues of our time: the power of corporations to control those beyond their immediate reach, the ability for individuals to ignore economic disparities as long as their own lives are awash in full comfort, and the ramification of blending political and religious leadership. 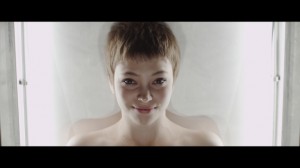